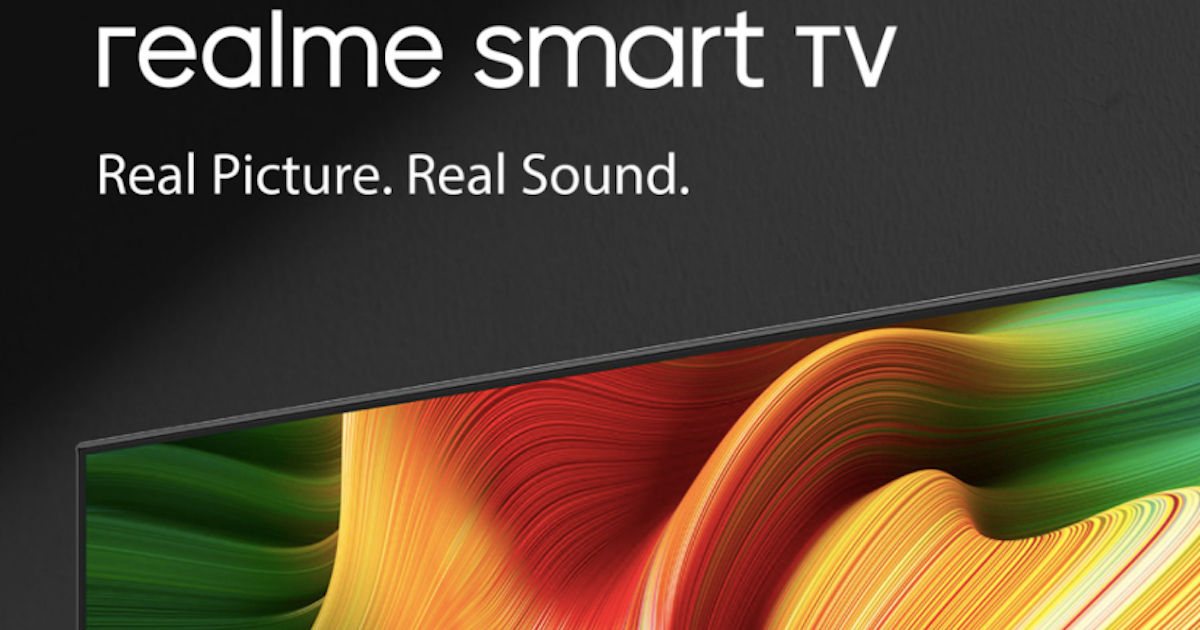 Realme is all set to launch its first-ever smart TV in India on May 25th. Forward of the launch event, the Realme TV’s design and key specs have been revealed on Flipkart. The e-commerce web site will be the official on-line partner for the sale of the smart TV. A dedicated microsite is now stay where we see the design of the TV, confirming that it’s going to comes with a bezel-less display for an “immersive good cinema experience”. Moreover, we learn that the Realme TV will be powered by a MediaTek chipset and can include options like Chroma Boost, up to 400 nits brightness, and 24W stereo audio system, amongst other things.

Realme TV Flipkart teaser
1 of 4
As per the teaser pictures, the Realme TV touts an edge-to-edge display with minimal bezels. The good TV will be the first in its segment to be powered by a 64-bit MediaTek quad core processor that contains of ARM Cortex-A53 CPUs and Mali-470 MP3 GPU. The Realme TV will also be the primary in its segment to feature four speakers with a 24W stereo output with Dolby Audio support.

The Flipkart teaser also suggests smart AI capabilities such as turning on the TV using voice command. While Flipkart is but to confirm it, Realme India CEO Madhav Sheth has teased that the Realme TV will run on the Android TV platform, so you can expect Google Assistant support. The Realme TV will launch on Might 25th alongside the Realme Watch smartwatch as the company looks to increase its IoT portfolio within the country.