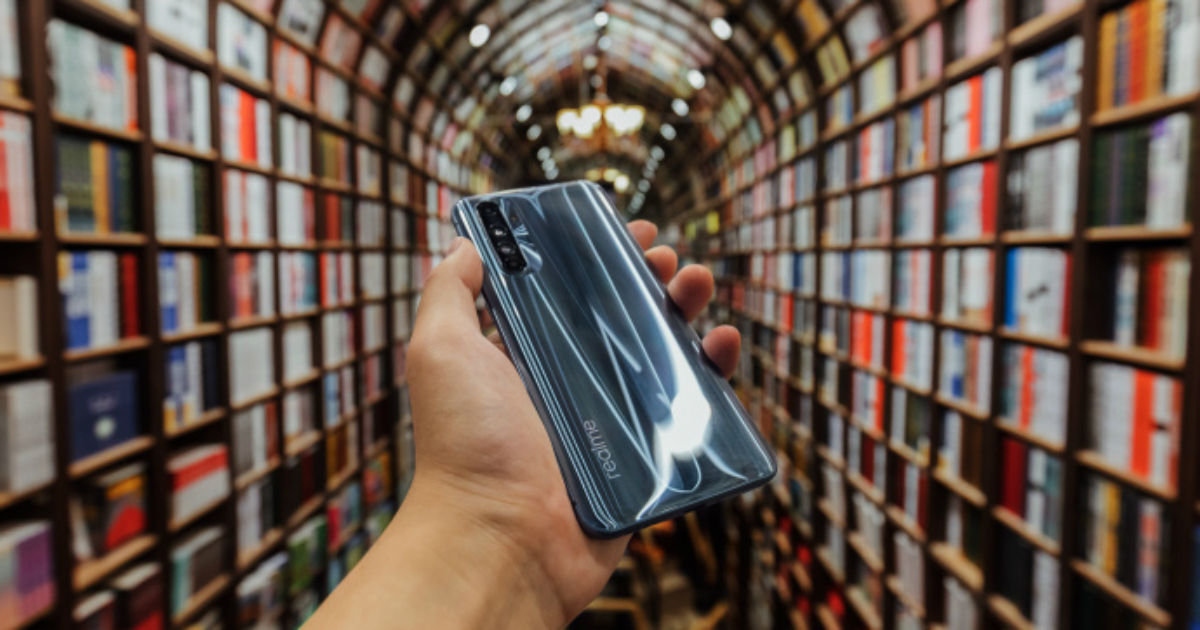 Realme has scheduled an event in China on May 25th where it will be introducing close to eight new products. Realme CMO Xu Qi Chase has revealed one of the products on Weibo and it’s a brand new smartphone, codenamed ‘Blade Runner’. The image shows the smartphone from the back, revealing a quad camera setup and a grey color option. Additional teaser posters suggest the company will even announce new really wireless earbuds, probably the rumoured Realme Buds Neo, and a new energy bank. It’s unclear what the ‘Blade Runner’ phone will be called at the moment, but we speculate it could be a gaming smartphone or part of the upcoming Realme X3 series.

In keeping with the image (seen above), there’s no sight of a fingerprint sensor on the back or on the side, meaning it will most probably feature an in-display fingerprint sensor. This further suggests an AMOLED display on offer. Moreover, the phone doesn’t have a 3.5mm audio jack as well. While it’s not confirmed, Realme X3 SuperZoom that was recently confirmed by Realme India CEO Madhav Sheth could also make an appearance on the identical event. It’s speculated to come with specifications like a 108MP main camera, Snapdragon 855 SoC, a 4,200mAh battery and 30W fast-charging support. 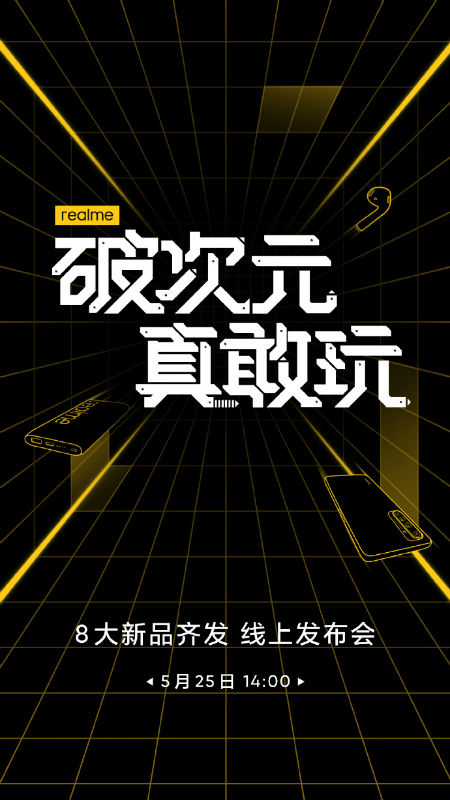 Among the many 8 products that will launch on May 25th, the company might additionally announce the Realme Watch smartwatch and Realme TV, which have been anticipated for some time now. The just lately leaked renders of the Realme Watch suggest it will sport a 1.4-inch TFT LCD touchscreen show with 320 X 320 pixels resolution. It will reportedly pack a 160mAh battery, IP68 certification for water and dust resistance and connects via Bluetooth 5.0. Nonetheless, it won’t run Google Wear OS, instead, will boot a customized UI. All these products ought to discover their solution to India within the next few weeks as they were also listed on the company’s India website.

Advertisement
Related Topics:FeaturedleaksRealme
Up Next