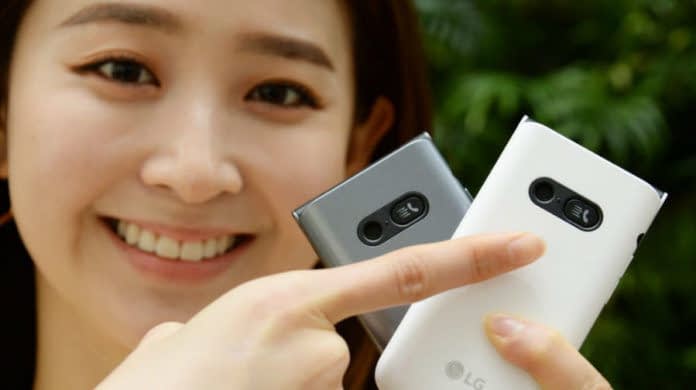 South Korean company LG recently announced the name of its next flagship smartphone. The company will present this smartphone in the name of LG Velvet. At the same time, now the company introduced a smartphone named LG Folder 2 in its domestic market. Have done This is a flip phone that has come with entry level specifications.

Let us know that the company introduced the phone named LG Folder in February 2018. At the same time, now the upgraded version of this phone Folder 2 has been introduced which comes with 4G dual screen flip. Apart from the screen present inside this phone, LG Folder 2 also has a small screen folded outside.

If you talk about LG Folder 2, then the company has introduced this phone in two color options Platinum Gray and White. The device costs 198,000 won (about Rs. 12,413). At the same time, from April 17, the device will be made available for sale in South Korea.

If you talk about the specifications of LG Folder 2, then it has a 2.8-inch internal LCD screen on the inside, whose screen resolution is 240 x 320 pixels. At the same time, LG Folder 2 on the outside has a 0.9-inch mono screen in which notifications can be seen.